A downloadable prototype for Windows, macOS, and Linux

Rehgräten (from german "deer bones", or a german-sounding way to say "regrets") is an experimental action game, where you have to fight waves of enemies and, unlike most other progression systems, you get weaker every level. Therefore thinking ahead and making quick, strategic decisions about the stats you want to sacrifice is encouraged. You can choose one of four characters, each with a strong advantage and a different strong disadvantage, to play.

As of now (v0.1.1), the game has no sound. There are several known and unknown bugs and glitches, this is far from a stable release. The purpose of this demo is to test out design-ideas or get feedback on the direction the game is taking (because as the creator of the game my judgements are getting less and less accurate over time)

This is the 2nd of 10 smaller practice-projects that I want to finish before tackling my bigger, passion project. Each game shall have some focus on different topics, in this case, game-feel, difficulty, visual design. Furthermore, each game is some sort of experimental take on previously existing designs. In this case, a game in the style of the Binding of Isaac's Greed-mode with the progression system turned on its head. Other, more or less minor ideas I want to explore in this game are

1) Auto-difficulty - the game adjusting its difficulty based on the way the player plays the game. This feature can be turned on or off at any time and the player stays in complete control.

2) Multiple control-layouts - support for keyboard-only, mouse+keyboard and several gamepads (XBox 360/ONE, PS4, Nintendo Pro Controller) for directional input or twinstick-controls. I have yet to come up with a reliable way to implement control-remapping, though.

This is not implemented in the current version, yet.

How to report bugs/give feedback

Any way you want, really. I'd prefer it if you wouldn't yell or cuss at me too much, but other than that, there are no wrong opinions and no unreasonable suggestions. However, it would help me a ton if you could be as specific as possible with everything you're addressing because otherwise it's really easy to misinterpret your criticism and miss the entire point of it.

Please don't forget to include what OS you're playing the game on, which version of the demo and which controller-layout (keyboard only? PS4 Gamepad?). If you have issues with performance / framedrops or lags, it would be helpful to know about your computer's CPU, GPU and RAM.

I appreciate your support!

Make sure the .pck file is in the same directory as the executable. 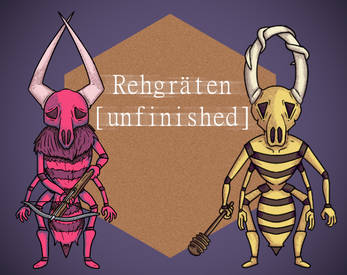